The conclusion of the indoor track and field season took place this weekend with the final day of the Glo Health National Championships in Athlone international arena. In the national championships athletes are up against the top 16 in the country in each event.

Once again Ardee & District A.C. were represented in the championships with Conor McMahon and Jonathan Commins both having secured entry through the Leinster regional qualifiers.

Conor was out on the track first thing Saturday morning in the u16 long jump competition. After three jumps Conor was among the top eight in 4th place with three jumps remaining. His final jump of 5.42m was his best attempt and left the talented jumper overall in 4th place just outside a podium finish.

Jonathan Commins began his day in the boys u15 60m hurdles. Jonathan eased through the semi final to qualify for a place in the final with a personal best time of 9.91 sec. In the final Jonathan again improved on his time to 9.82sec to finish overall in fifth place.

In the afternoon it was the u15 shot putt for Jonathan. His first three throws put him among the leaders with the top eight proceeding to get a further three throws. His fifth  throw of 12.22m was his best throw of the day and put him in position to finish in 6th place overall.

Well done to both young men in all your efforts at the indoor championships and we wish good luck to them and all club members as they begin their outdoor campaign. 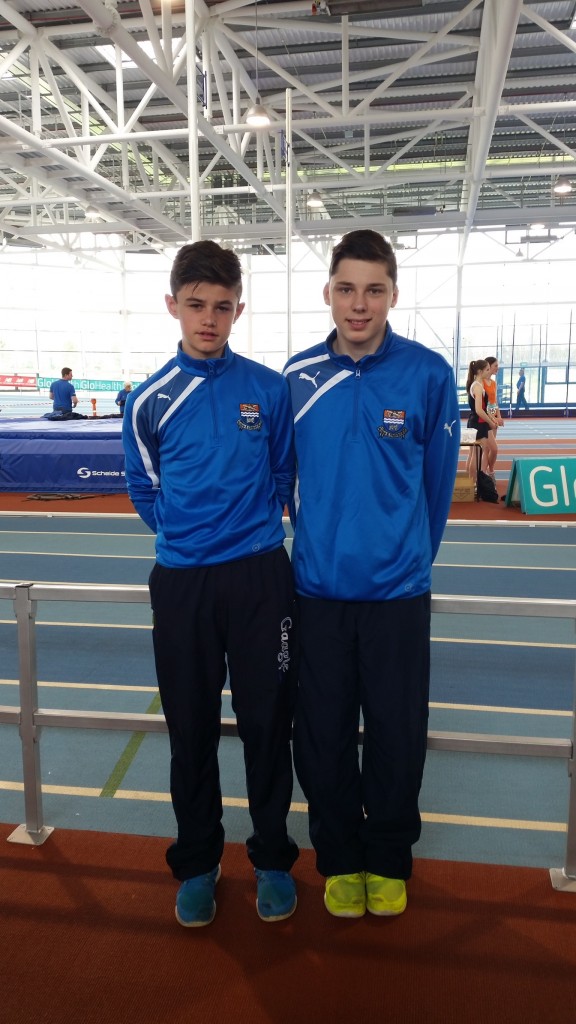 Ardee & District A.C. would like to remind people of our annual table quiz taking place on Wednesday April 1st at 8.30pm in the Railway bar Ardee. This is one of the very few fundraising events which the club hold and we welcome all support.