Ardee & District Athletic Club was founded in 1992. The club has been in existence in 3 separate eras:

The first athletic club in Ardee was established in the mid ‘50s and it was called Ferdia A.C.  The driving force of the club at that time was Sean Colgan RIP and the outstanding athlete of the time was Sean Callan, who won Louth, Leinster & All-Ireland Cross Country titles.  Ferdia A.C ceased to exist in the early ‘60s. 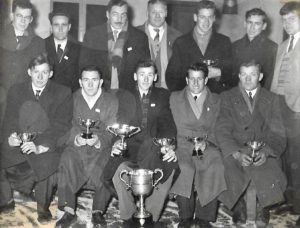 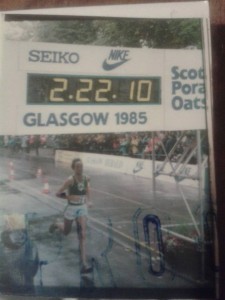 The club was reformed again in 1992 taking its original name of Ferdia A.C and in 2000 the club changed its name to Ardee & District A.C.  This 3rd era of athletics in Ardee and our continued success to this day is born from the love of athletics and the dedication of our founders from the 1950s, 1970s and 1990s, remembering in particular, Sean Colgan RIP.  Our wee club has grown gradually since the early ’90s with much of its success owing to the kids of our community showing tremendous commitment and respect for our club, not to mention the many ex-juvenile athletes returning as parents themselves, not only introducing their children to the love athletics but giving back their time, knowledge and skills to our club as coaches and volunteers and with them bringing a new wave of enthusiasts who’ve embraced the wonderfully diverse world of athletics.  We are and continue to be deeply grateful for their support and the support of the wider community of Ardee. 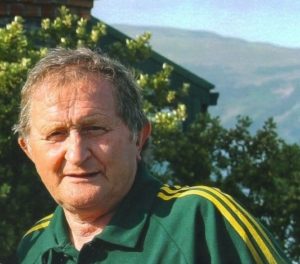 Bringing us into the 21st Century was a man who truly embodied the spirit of our club and carried on the love of athletics which had begun with our founders, Seamie Weldon RIP.  Seamie was a man who dedicated his life to athletics.  He ran for the club, coached in the club, and was until his death in 2014 a member of our club’s committee holding many positions over the years.  Loosing Seamie was a particularly sad day for our club as we lost our mentor and friend but the legacy that Seamie has left behind still continues today as we too strive to bring the joy and fun of athletics to the children and youth of the immediate and wider communities of Ardee.  In Seamie’s memory we hold the hugely successful ‘Seamie Weldon Memorial 5K Race on the first Saturday every September.

“Mol an oige agus tiochfaidh siad”  – (praise the young and they will flourish).